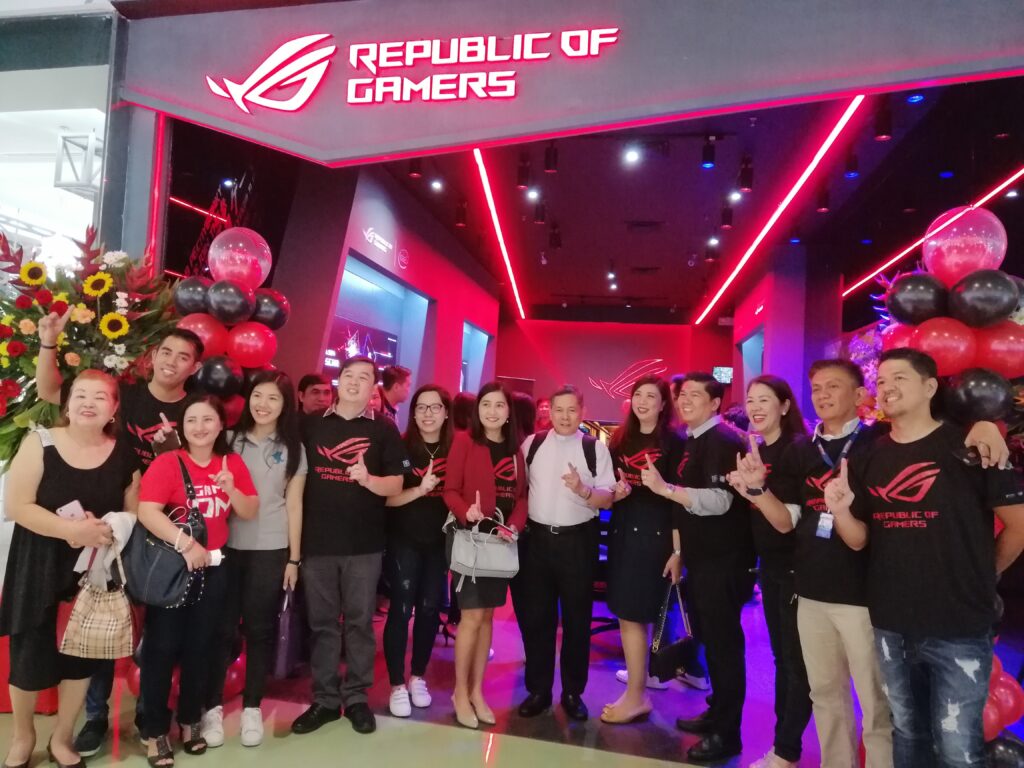 MANILA, Philippines, October 3, 2018 — ASUS Republic of Gamers (ROG) opened its most daring store yet in the Philippines at the SM Cyberzone, SM Mall of Asia in Pasay City. With its opening, ROG strengthens its forts in South Metro Manila and ensures that end users who visit the store get nothing but the best gaming experiences. 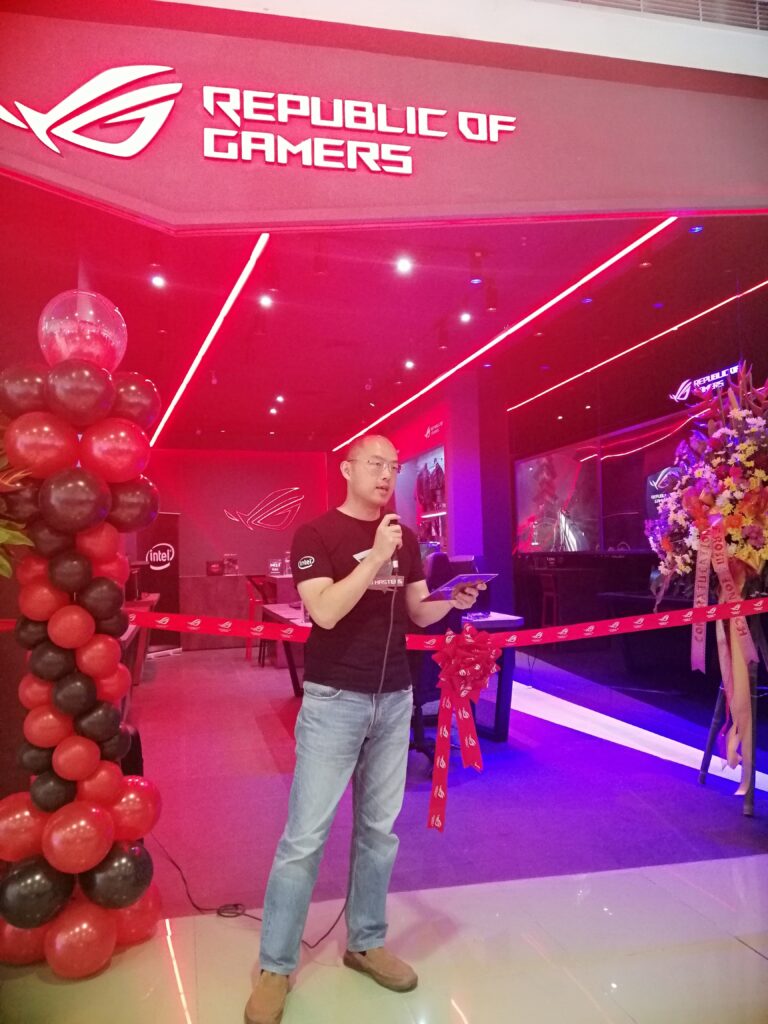 “With the launch of the South District of the Republic in SM Mall of Asia, we aim to further solidify our stance as the number one gaming brand in the country as we open the first ROG concept store in the country that adapts an open-floor layout. This is the first store outside Taiwan that will embrace an experiential floor plan, similar to our ROG premium store in Syntrend Electronics Mall in Taipei, and gives current and prospective ROG end-users with a better experience in trying out the latest ROG devices to help with their decision to Join the Republic,” said ASUS Philippines Systems Group Country Manager George Su. 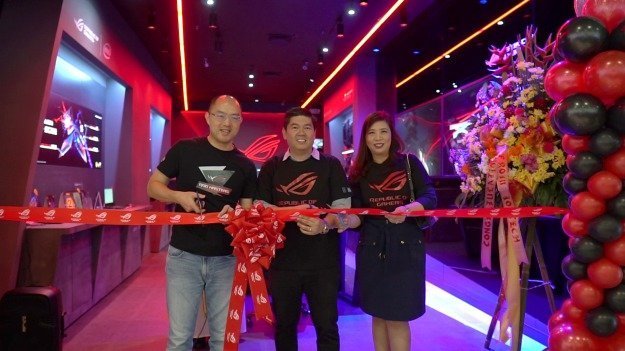 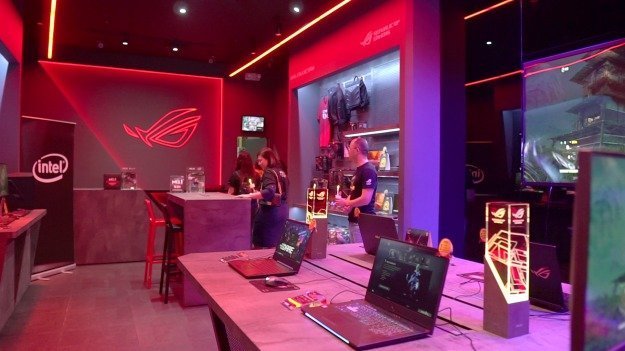 This milestone opening of the first-ever ROG store boasting an open-floor layout was attended by VIPs from ASUS Philippines, executives from partner dealer and distributors, premier DoTA 2 Shoutcaster Nico “KuyaNic” Nazario, and top local female streamer and ROG Ambassador Ann B. Mateo. End-users got a chance to play together with their e-sports and gaming idols in a head-on battle between Team Hero and Team SCAR spearheaded respectively by the gaming personalities.

ROG started fortifying its Districts back in 2016 by opening the Capital of the Republic in SM Megamall – the first ever concept store in the country, followed by the (2nd) North District in SM North EDSA in the same year. ROG continued to grow its territories, expanding its market to the Visayas Region by opening its 3rd District in SM City Cebu in 2017.

“With these districts of the Republic, ASUS ROG has dominated as the number one gaming brand in the country. In fact, we are happy to share that we are still the Number 1 gaming brand today, with a 53 percent market share based on market data as of June 2018,” said Su.

“However, our efforts don’t stop there. As we aim to expand our market share in the country, members of the Republic can also expect to get the same experience when they visit present and upcoming ROG districts near them,’ Su concluded. 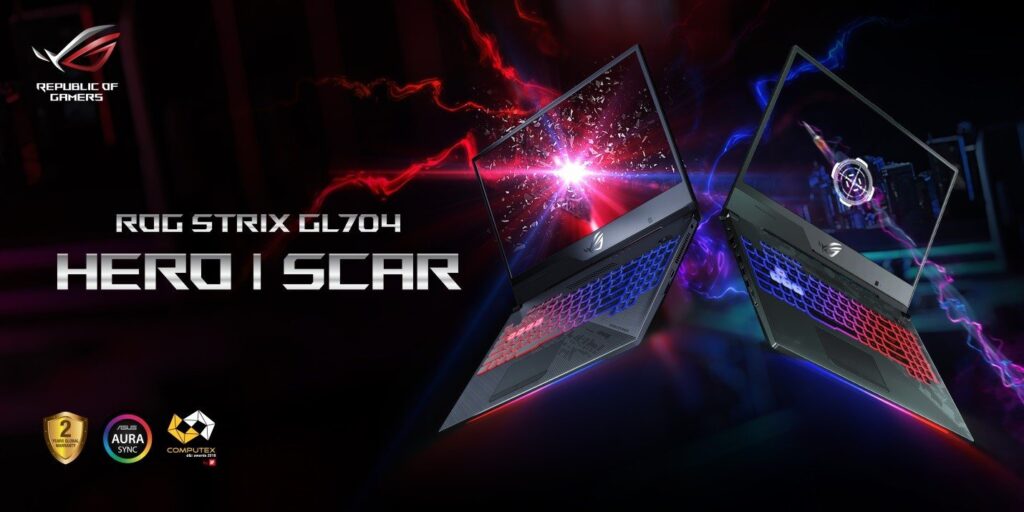 The ROG Huracan G21 takes desktop gaming into a whole new level with its features that fits a supreme gaming machine. It unleashes its true potential as it improves the airflow when the side cover is opened which enables CPU and GPU performance boost. Maintenance and upgrade of key components are easier with its slide-open chassis design. This small-form factor desktop houses the latest 8th Generation Intel Core i7-8750H processor and up to NVIDIA GeForce GTX 1080 graphics for an extraordinary gaming experience. Huracan G21 also comes with up to 512GB NVMe PCIe 3.0 x4 SSD and up to 32GB DDR4 VRAM. It also comes with Aura Sync which shows off your gaming colors with synchronized light effects with other Aura Sync-compatibles devices.

Republic of Gamers (ROG) is an ASUS sub-brand dedicated to creating the world’s best gaming hardware and software. Formed in 2006, ROG offers a complete line of innovative products known for performance and quality, including motherboards, graphics cards, laptops, desktops, monitors, audio equipment, routers, and peripherals. ROG participates in and sponsors major international gaming events. ROG gear has been used to set hundreds of overclocking records and it continues to be the preferred choice of gamers and enthusiasts around the world. Learn more about the choice of champions at http://rog.asus.com.